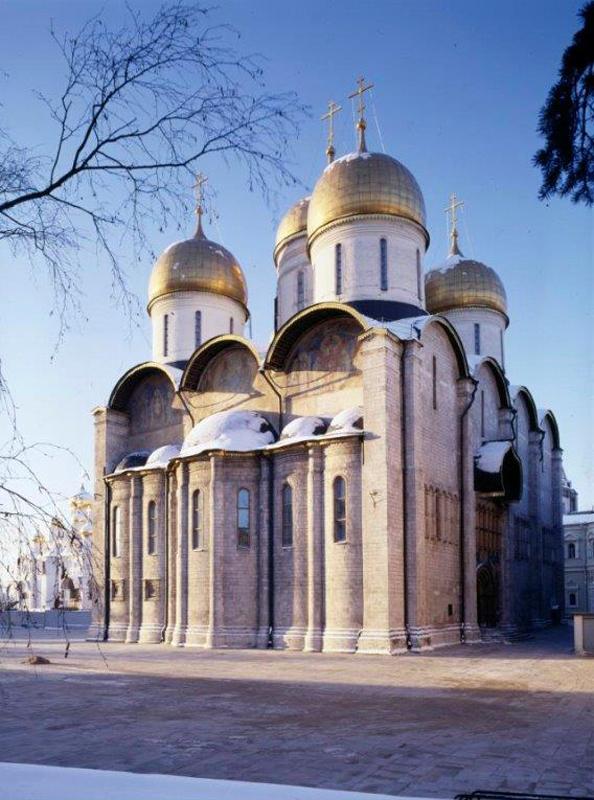 Aristotele Fioravanti arrived in Moscow with his son Andrey and his servant Pietro on 26 March 1475. He acted with quickness unusual for Muscovites, using the latest technological tools and techniques. Oak piles were rimmed into the foundation; moats were filled with chip stone and lime, which was supposed to provide strength and stability to the building. Fioravanti used the mixed technique when constructing the cathedral. He alternated traditional cut blocks of white stone in blockwork with particularly firm bricks, which were used to build pillars, arches and drums. This significantly decreased the load of the upper parts of the building onto walls and pillars.

Instead of using masonry with chip stone backfilling, common in Russian architecture, Aristotele used the more firm blockwork of cut stones. Not traditional oak but iron ties were laid into the walls in order to strengthen the construction.  The building was erected on the basis of accurate calculations. The implementation of new aids and appliances by the Italian architect, which amazed Muscovites, significantly increased the efficiency and reduced the price of construction.

For the construction period, the tombs of the metropolitans were transferred to the St John Climacus Church, which is situated at the base of the Ivan the Great Bell Tower. The solemn reinterment took place after the new building was erected, and the tombs were brought back to their former places. 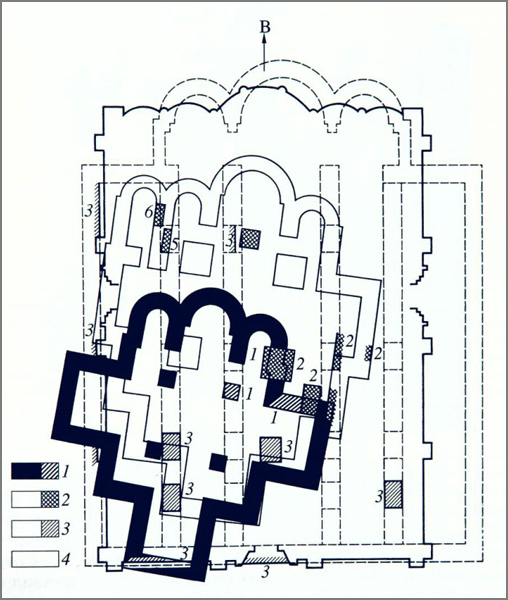 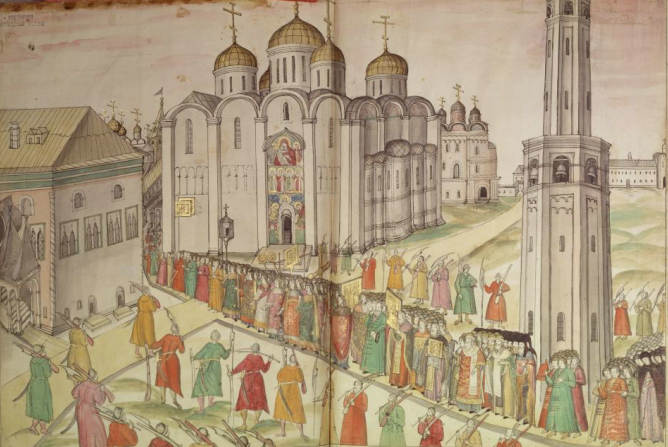 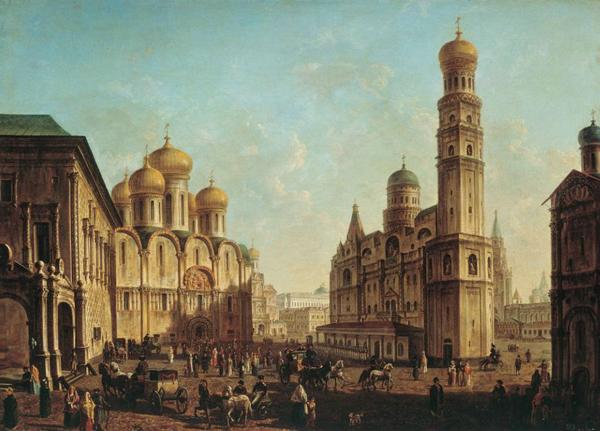 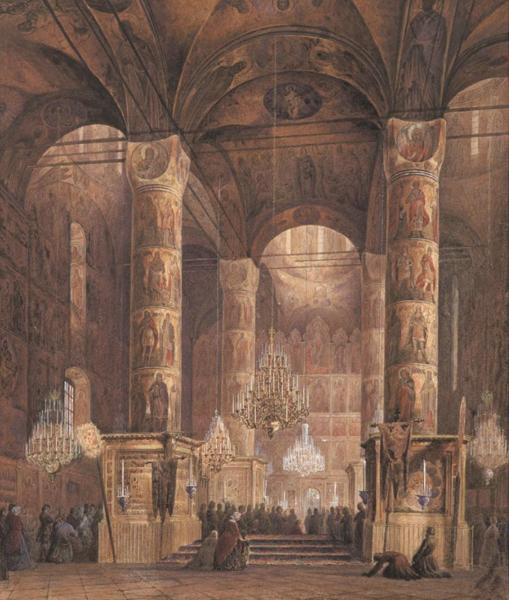 The Italian architect, like his predecessors, was commissioned to build a new Moscow cathedral on the model of the ancient Assumption Cathedral of Vladimir. And just like them, Aristotele Fioravanti went to Vladimir, the former capital of North-Eastern Russia, as soon as the building started to rise above the earth. Though focusing on the Vladimir sample, the master from Bologna has initially made significant changes to the architectural idea of his construction, leading to a fundamentally new form of architecture of the Moscow cathedral.

The solemn consecration of the new Assumption Cathedral by Metropolitan Gerontius in the presence of bishops and the grand prince took place on 12 August 1479. 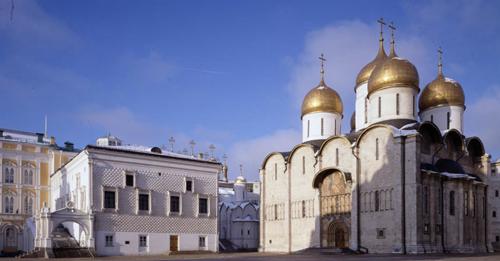