Since 1326, as Metropolitan Peter was buried at the cathedral that was still under construction, the cathedral has become a burial place of Russian Holy Hierarchs - metropolitans and patriarchs of the 14th – 17th centuries.

There are 19 burial places in the cathedral. Mainly, the remains lie in the tombs beneath the cathedral floor with white tombstones above. The metal encasements of the tombs were made in the early 20th century by craftsmen of the Khlebnikov firm. The relics of the venerated Saints were enshrined and covered with canopies. The memorial slabs of the tombs at the south wall were marked with white-stone epitaphs. The relics of Moscow miracle-workers Peter, Jonah, Philip and Hermogenes lay in wooden shrines with metal cover. 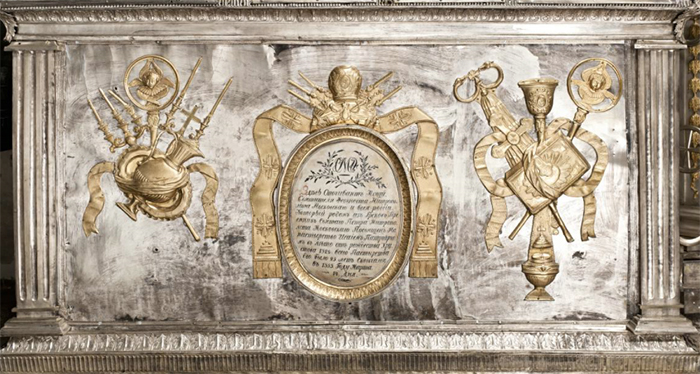