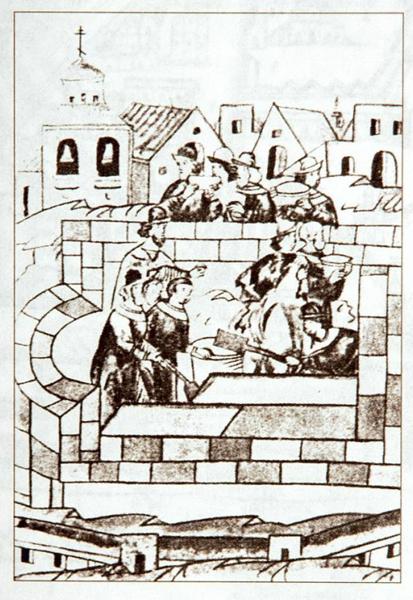 In 1479, the foundation of the new cathedral was laid on the place of the old dilapidated edifice. Moscow religious centre with the cemetery and probably a wooden church were there in the second half of the 12th – 13th century. The first stone building of the Assumption Cathedral was constructed in the 14th century when Moscow became the centre of an independent principality, and the Kremlin turned into the residence of Grand Prince Ivan Kalita and Metropolitan Peter.

The ceremonial foundation of the cathedral took part on 4 August 1326. The consecration occurred on the eve of the patronal feast day – on 14 August 1327. The architectural appearance of the new church and its dimensions were close to Vladimir-Suzdal buildings of the beginning of the 13th century. The Assumption Cathedral bears resemblance with Saint George Cathedral in Yuriev-Polskiy (1230-1234), which apparently was chosen as an example of it. A small single-dome and three-apses Assumption Cathedral originally had three vestibules. Later side chapels were attached to the altar premises from the north and south. 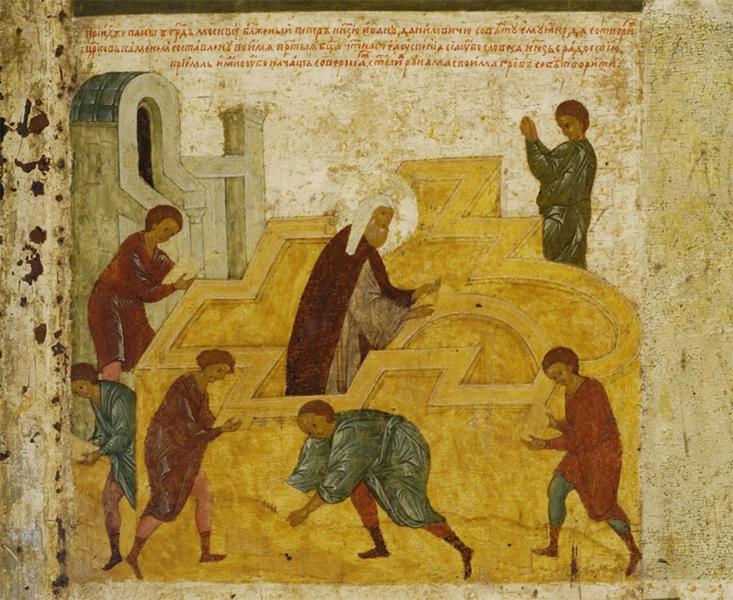 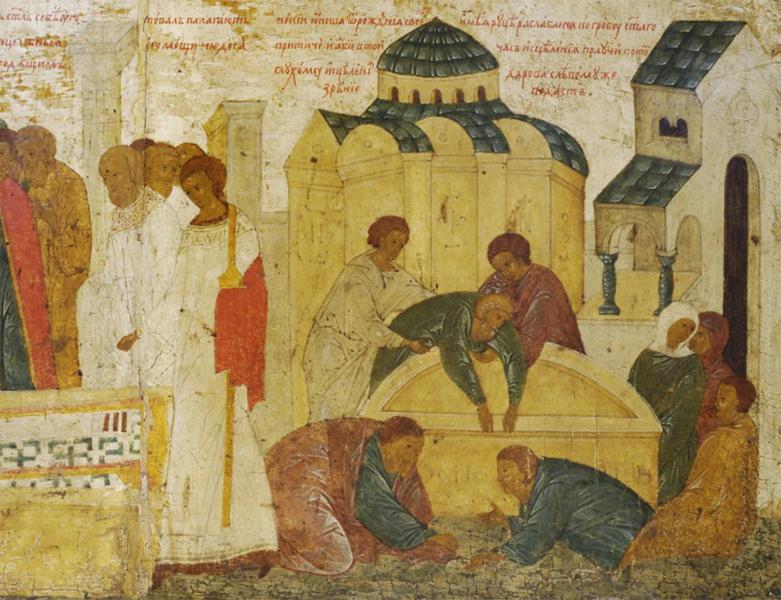 Dmitrievskiy side chapel, dedicated to Saint Demetrius of Thessaloniki, is likely to be originally situated in the south altar apse of the Assumption Cathedral. On 13 August 1329, a Greek Theognostus—heir to the Metropolitan Peter’s throne—founded the Petroverigskiy side chapel (in the name of the Veneration of the Precious Chains of St Peter the Apostle) at the north wall of the altar in the memory of his predecessor. Later it was renamed into the Petropavlovskiy side chapel, honouring SS Peter and Paul. In 1459, Metropolitan Jonah founded a south-east side chapel, dedicated to the Laudation of the Most Holy Theotokos, in honour of the victory of the young Prince Ivan III over the Tatar Khan Sayid Ahmad.

Such an appearance of the Assumption Cathedral had preserved till the early 1470s. After a century and a half, the building became dilapidated, mainly because of the fires that repeatedly incinerated Moscow. But it wasn’t just the decay of the building that demanded its radical restructuring. The cathedral was not any more able to meet the new requirements, raised towards the cathedral church of Moscow, which was now the capital not of a separate principality, but of the united Russian State. 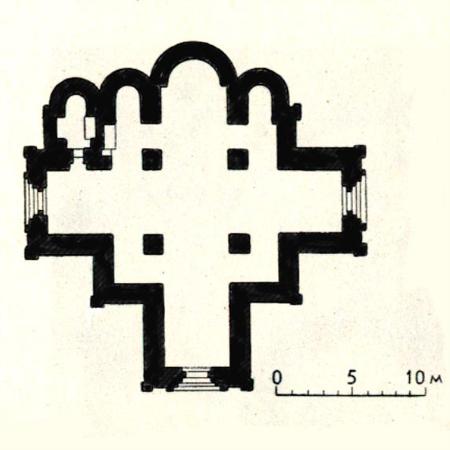 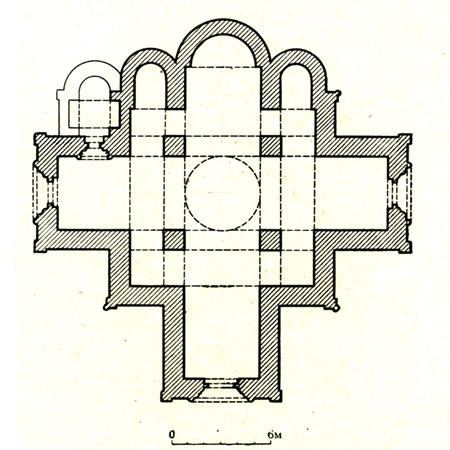 The ceremonial foundation of the new Assumption Cathedral by Metropolitan Philip and Grand Prince Ivan III took place on 13 April 1472. The Assumption Cathedral of Vladimir was chosen as an example for the Moscow church. Not only the most solemn building of the pre-Mongolian architecture, it was also the symbol of the former great power of grand princes as well as the living image of a successive connection of the new capital with the ‘first capital’ Vladimir. Masters Krivtsov and Myshkin were commissioned to construct the Moscow church. First, they have made a careful measurement of the cathedral in Vladimir and only then laid a new foundation.

However, Krivtsov and Myshkin were not destined to bring the building up to the end. On 20 May 1474, the almost built cathedral suddenly collapsed. Pskov architects, invited by Ivan III, explained this failure by the imperfection of the design and lack of concentration of lime mortar. Chronicles also mention a rare phenomenon—an earthquake which occurred that day—as one of the reasons for the disaster.

Lack of experience of local architects in constructing such grand buildings forced Ivan III to seek skilled craftsmen in Pskov, and after their refusal – in Italy, famous throughout Europe for its architects. A special embassy was sent to Italy, headed by Simon Tolbuzin. On 25 March 1475, he brought an architect from Venice with him. His name was Aristotele.