Aristotele Fioravanti followed the pattern of the Assumption Cathedral of the city of Vladimir – an ancient cross-and-cupola church.  At the same time, he created quite a new architectural construction.  The cathedral consists of small white stone blocks. It is particularly solid: all its parts are of equal size, altar apses are flattened and hid behind massive lesenes, huge tholobates are placed closer. Narrow windows and a small blind arcade frieze accentuate the surface of the walls. Chronicles described the building to look like one stone.

The architectural originality of the Assumption Cathedral is more visible in its interior. All the sections of the temple are enlarged due to the implementation of the new technical aids. The round pillars are places away from each other, which creates an impression of an immense palatial room.  The contemporaries were astonished by the cathedral's "unusual majesty and height, luminosity and spaciousness". 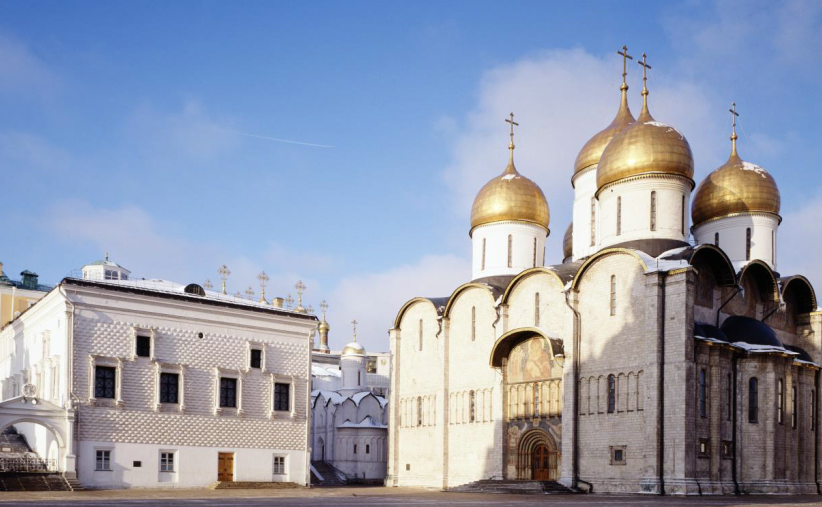