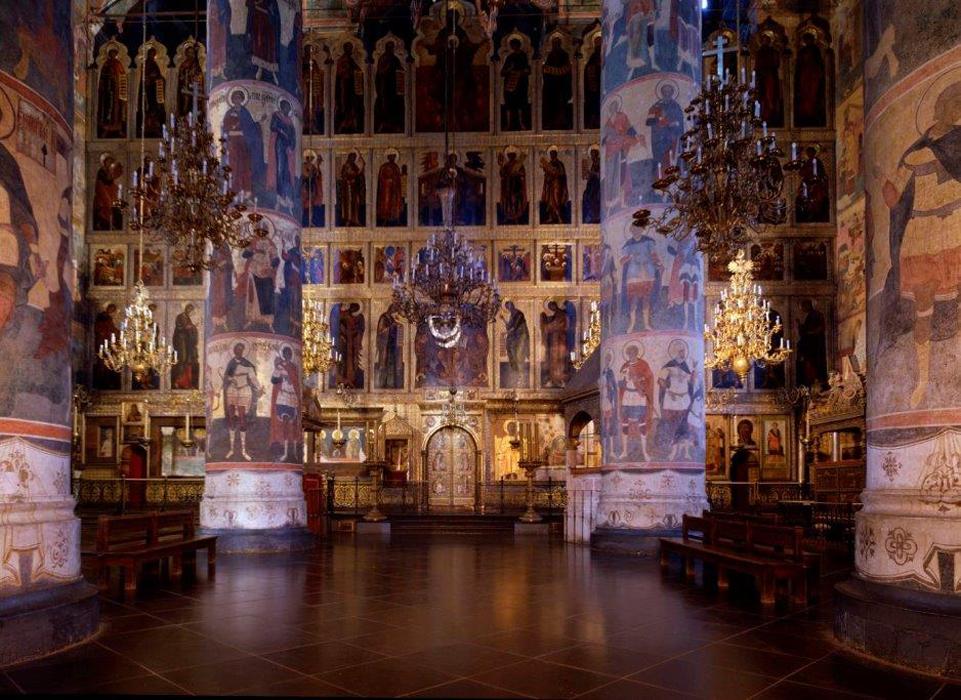 The ceremonial function of the Assumption Cathedral determined special attention to its interior decoration. Frescoes, numerous icons and various utensils are treasures of art of world significance.

Present-day appearance of the cathedral is determined by monuments of the mid 17th century, i.e. frescoes of the 1642-1643 and a magnificent iconostasis of 1653. There are prayer places of tsars, tsarinas and patriarchs in front of the iconostasis. The Tsar's Prayer Place (Monomach's Throne) is of much interest. In the south-east corner, there is a bronze tracery ciborium intended for storing the most revered relics.

The cathedral became a burial place of Russian Holy Hierarchs - metropolitans and patriarchs in the 14th – 17th centuries. Mainly, the remains lie in the tombs beneath the cathedral floor with white tombstones of the 17th century above them. Memorial slabs of the tombs at the south wall were marked with white-stone epitaphs. All the tombs were encased in silvered brass covers in 1913. The relics of venerated Saints were enshrined and covered with canopies. 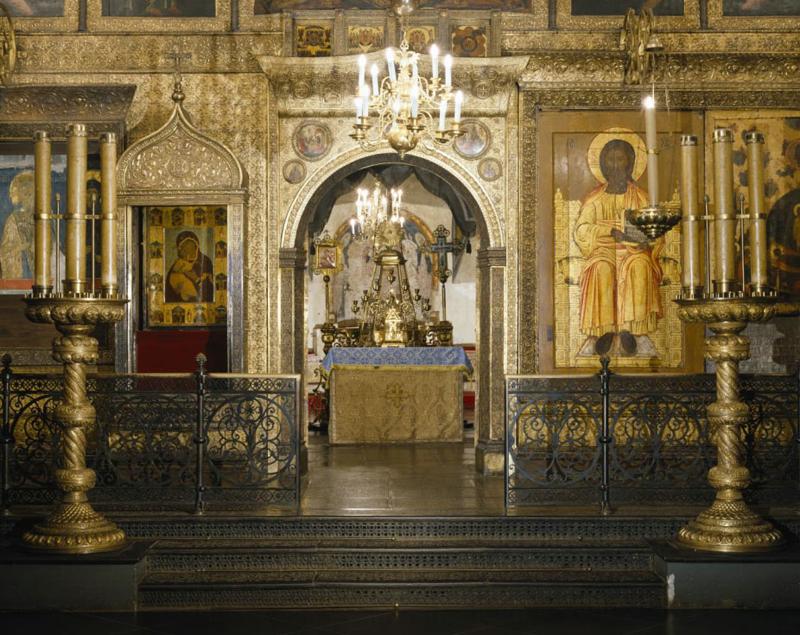 After the Revolution of 1917, the Assumption Cathedral has turned into a museum. Creating the exposition, the staff tried to retain its interior. Due to constant restoration works, almost all the icons and murals were uncovered from under the later paintings. From 1990 onwards, divine services were resumed in the Assumption Cathedral.