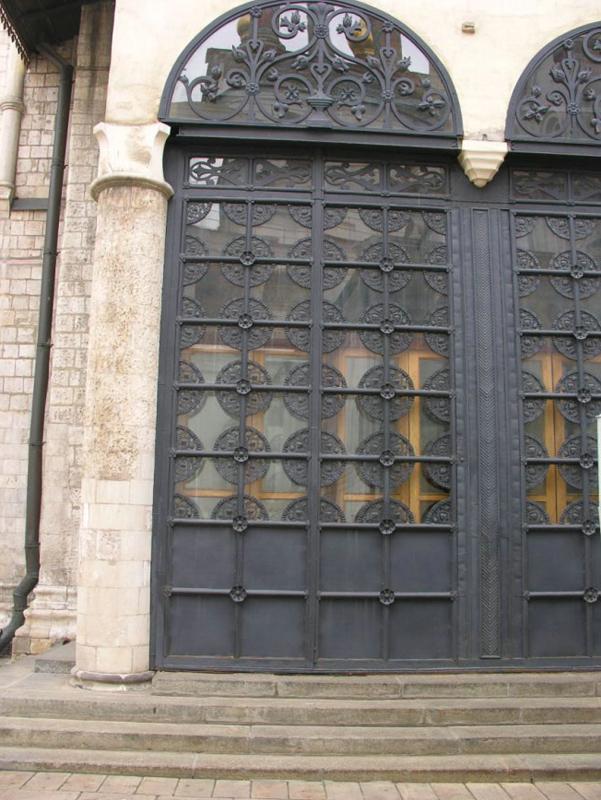 The western entrance to the Assumption cathedral has the portico, built by Aristotele Fioravanti, which served as a parvis. Its cross vaults are based on four columns with the inverted-pyramid-shaped detail “girka” between a pair of western pillars. The western entrance was used for day-to-day purposes as well as for ceremonies, such as cross processions and coronations. The parvis gained its modern look only at the second half of the 19th century. In 1858, the heating was put into the cathedral, so the open portico was rearranged to the closed tambour. Architect K. Bykovskiy had designed new metal transoms and oak doors, which were executed for the coronation of Nicholas II.

The lost image of the patronal feast “The Assumption of the Virgin” was formerly located on the pediment above the portal. “The Apocalypse” scenes are depicted on the narthex vaults. They were probably executed at the same time as “The Assumption” and are in a very poor state of preservation. Extant murals were likely to be performed in 1666, after the devastating fire of 1547, which had destroyed many of the Kremlin’s palaces and temples. The roof of the Assumption cathedral as well as its stone narthex was severely damaged by the fire. However, the murals’ concept is likely to date back to the late 15th century, when this subject has been evoking a lot of interest because of “the end of the world” which was expected in 1492.